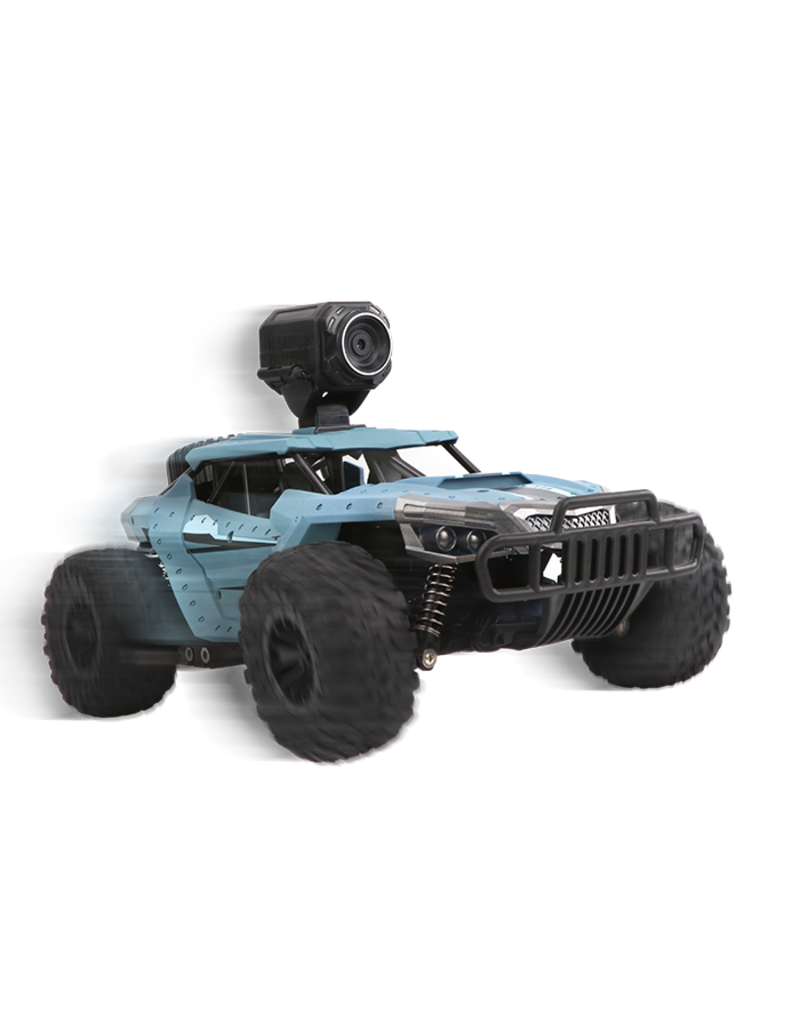 Odyssey's Spy Rover puts you in the driver's seat and in the director's seat at the same time. While you're racing the car around your house, backyard, park etc. you'll get to record the exciting exploits on the attached camera. Watch it in real time while your car whizzes past objects at high speeds, and then save the footage and show it to your friends later! You'll have the option of controlling the car with the standard remote control, or downloading an app on your phone and taking control of the wheel via mobile device. First person view offers a low latency driver's view that crisply streams your surroundings. It's compatible with both iOS and Android.