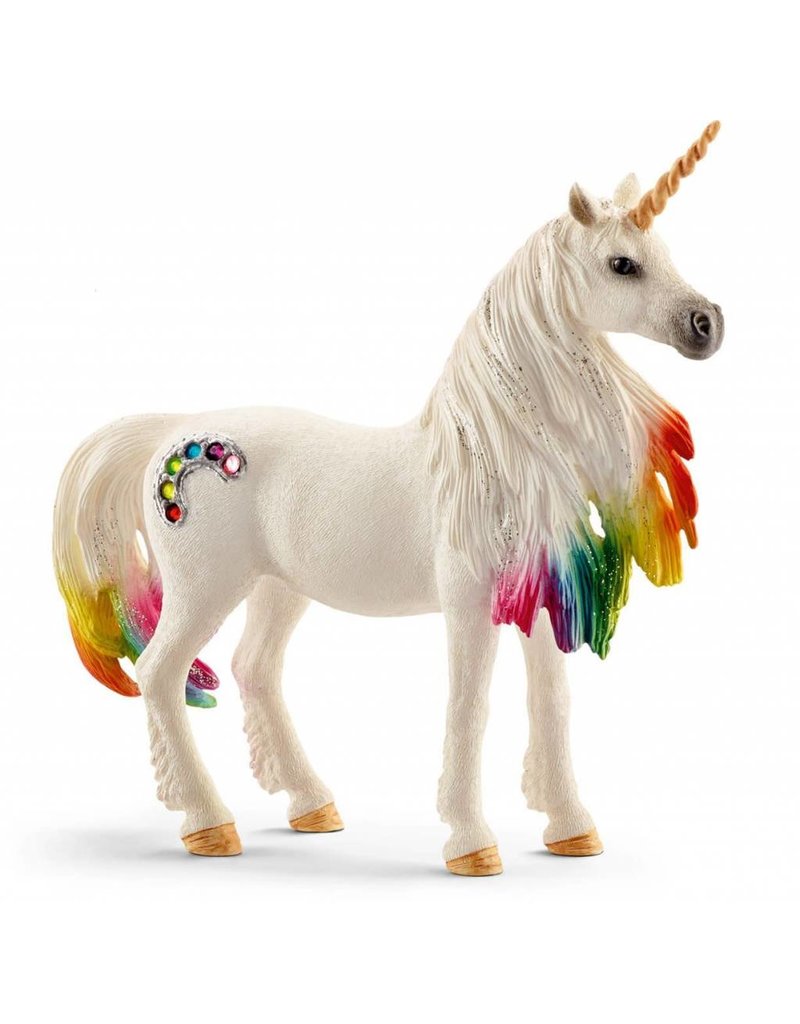 This family of rainbow unicorns lives on a grassy plain by the rainbow river. In the light of the morning sun, the manes of the three magical creatures gleam in all the colours of the rainbow. Like most unicorns, they are very shy. The handful of lucky individuals who have seen them report that they are incredibly colourful and graceful. And they tell tales of gemstones in all the colours of the rainbow that adorn the flanks of the magical unicorns. Many mysterious tales are told about these creatures – and nobody knows whether the tales are true. But all the tales agree that the rainbow unicorns are incredibly beautiful and magical creatures.