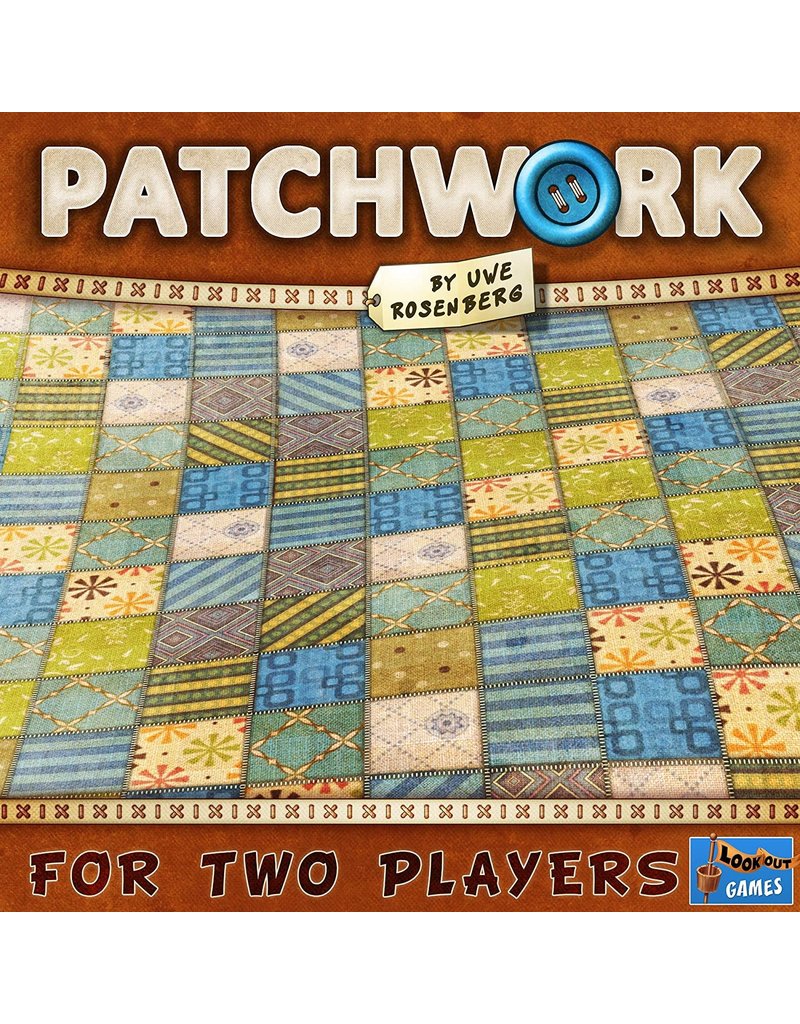 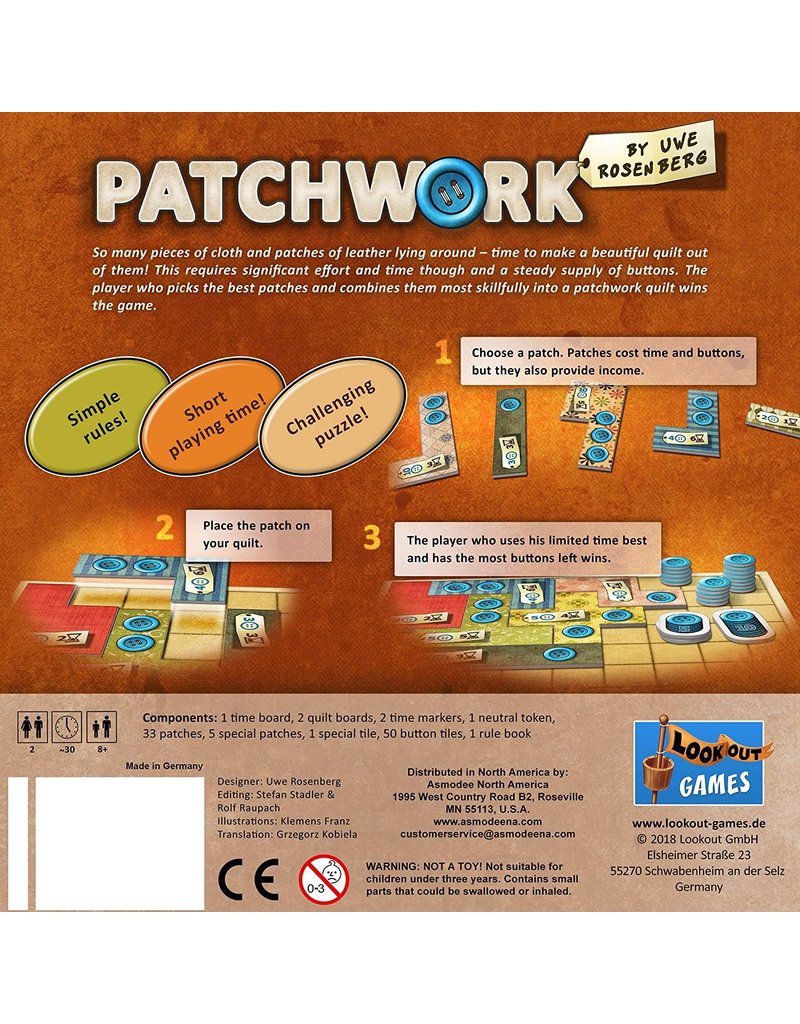 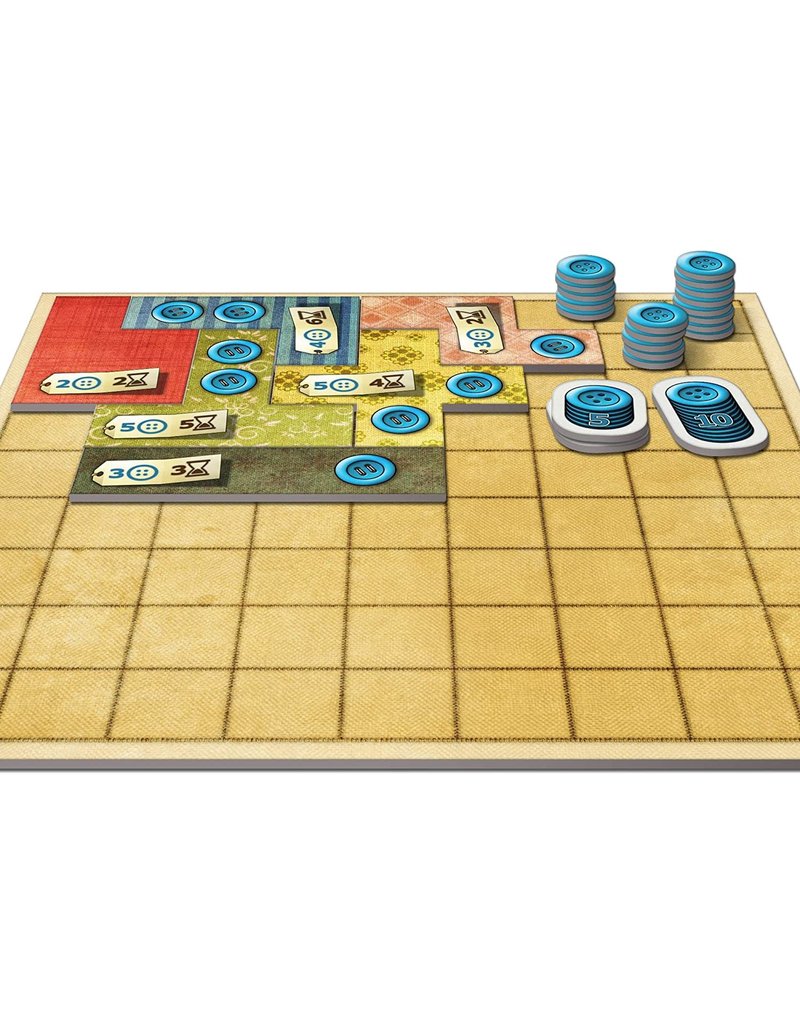 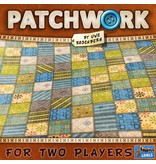 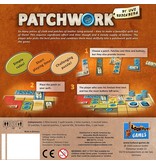 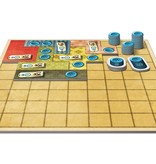 Inspired by patchwork quilting, this simple, quick-to-play strategy game pits two players in a race to complete as much of a quilt as possible. To begin, a series of colorful cardboard quilting fabrics (in a wide variety of sizes and shapes) are laid out on the table around a central board. Each patchwork piece has an associated button and time cost buttons are the currency and victory points of the game, while time forces players to move their tokens forward a certain number of spaces. Certain pieces also give players a valuable button income, triggered by specific spaces of the board. Players take turns (based on board position) moving forward, making money or buying patchwork pieces and assembling them on their 10x10 gridded boards. The trick is to assemble the oddly-shaped fabrics together in a sensible manner, avoiding holes in the quilt which cannot be filled. But there's a catch: the first player to assemble a perfect 7x7 square on their board wins a valuable 7-button reward. Once players reach the end, they add up their buttons and subtract the empty spaces on their board the player with the most points wins! Perfect for strategists both young and old. ~30 minutes.