Home Invasion of the Cow Snatchers 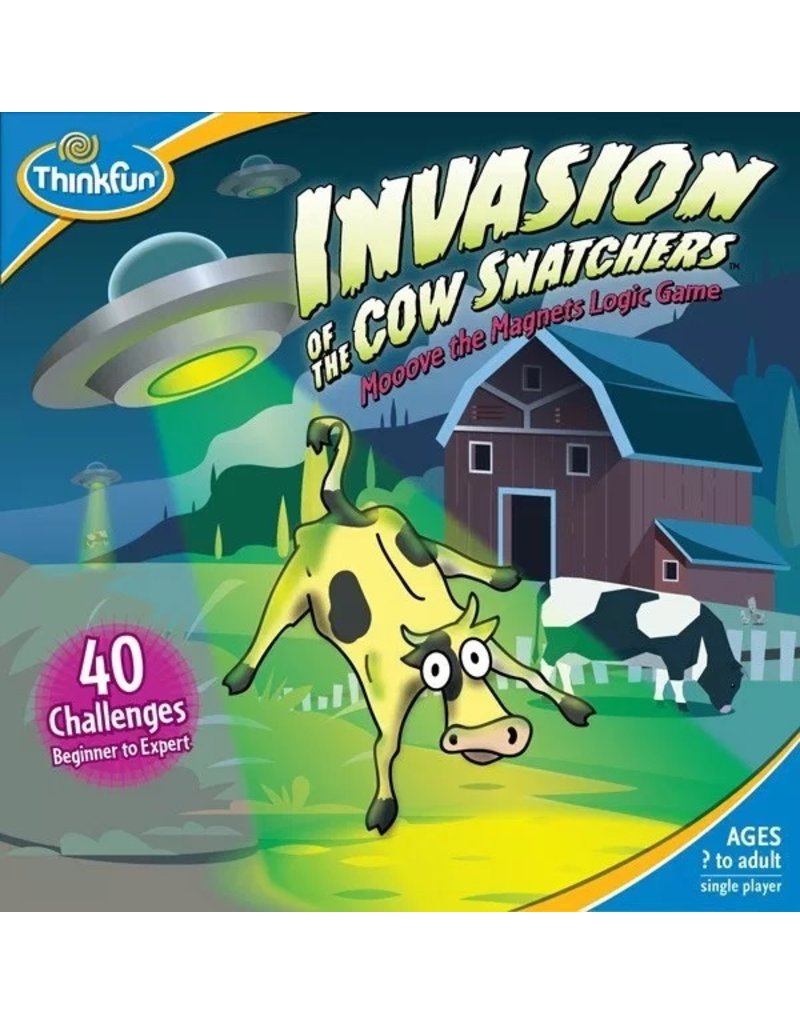 Invasion of the Cow Snatchers

Do you have the brains to become the ultimate alien invader!

You're an alien scientist who has been sent on a mission to study the strangest creatures on planet Earth: Cows. However, thanks to those pesky humans, collecting your specimens is going to be a tricky endeavor.

Set up the pieces according to one of the challenge cards with everything placed underneath the clear game cover except for the magnetic UFO.

Your goal is simple - Collect all the cows, picking up the red bull last, and then zip off of the grid and into outer space.

Here's the catch - You can't fly over the silo and each barrier only lets you carry a certain number of cows over them at a time. Plus, once you make it to the Genius challenges, crop circles add a whole new twist of brain-busting excitement!

Developing the technology to traverse the vast distances of space is an extreme test of intelligence. But, compared to the Invasion of the Cow Snatchers, that's a piece of cake!

Invasion of the Cow Snatchers