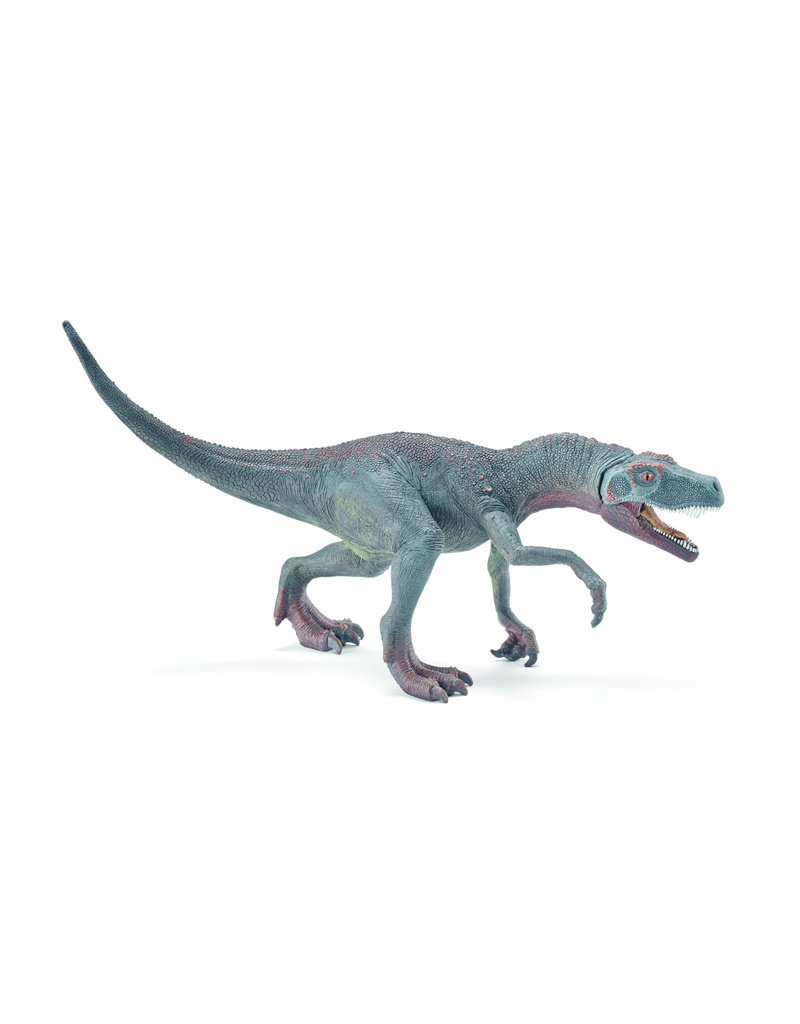 The Herrerasaurus was somewhat small compared with the Giganotosaurus and Spinosaurus, who lived much later on. It was only three to four metres long. In return, its legs were very strong, and it could sprint about as fast as a 100-metre runner. For a dinosaur, the Herrerasaurus had a rather unusual lower jaw, which it could slide back and forth by means of a flexible joint. This allowed it to better grasp its prey. It was named after the Argentinian goatherd Victorino Herrera, who chanced upon its skeleton in 1959.