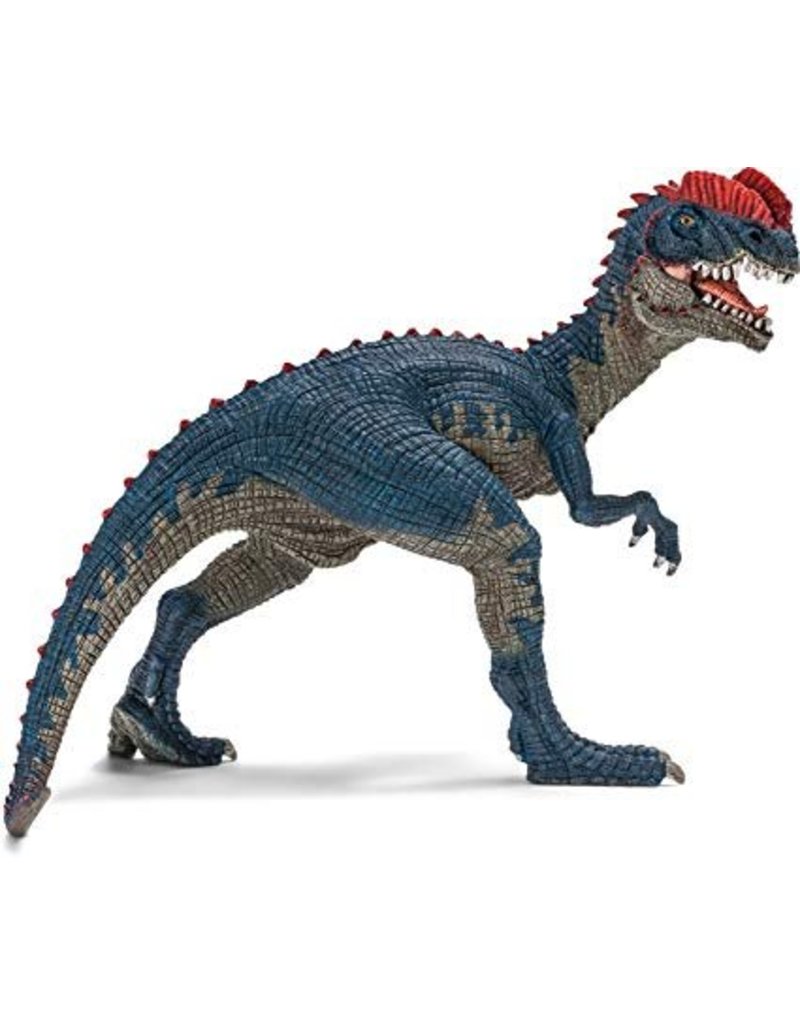 After the Compsognathus and the Velociraptor, the Dilophosaurus was one of the fastest prehistoric saurians. Despite its six metre-long body, it weighed only 500 kg and had long, powerful hind legs, with which it could easily reach speeds of up to 38 km/h. It had two striking bone crests on its skull, which also led to it being called the "Double Crested Lizard". They were indeed big and long, but too thin to defend itself with. Scientists believe that they were used to impress rivals.