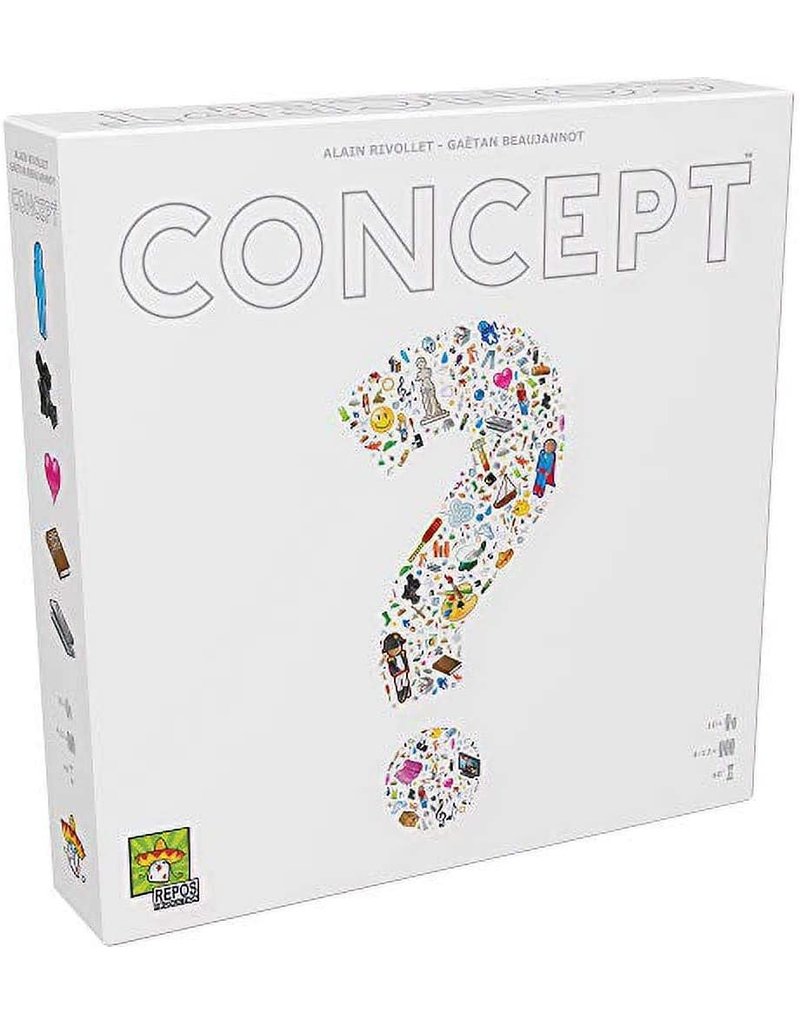 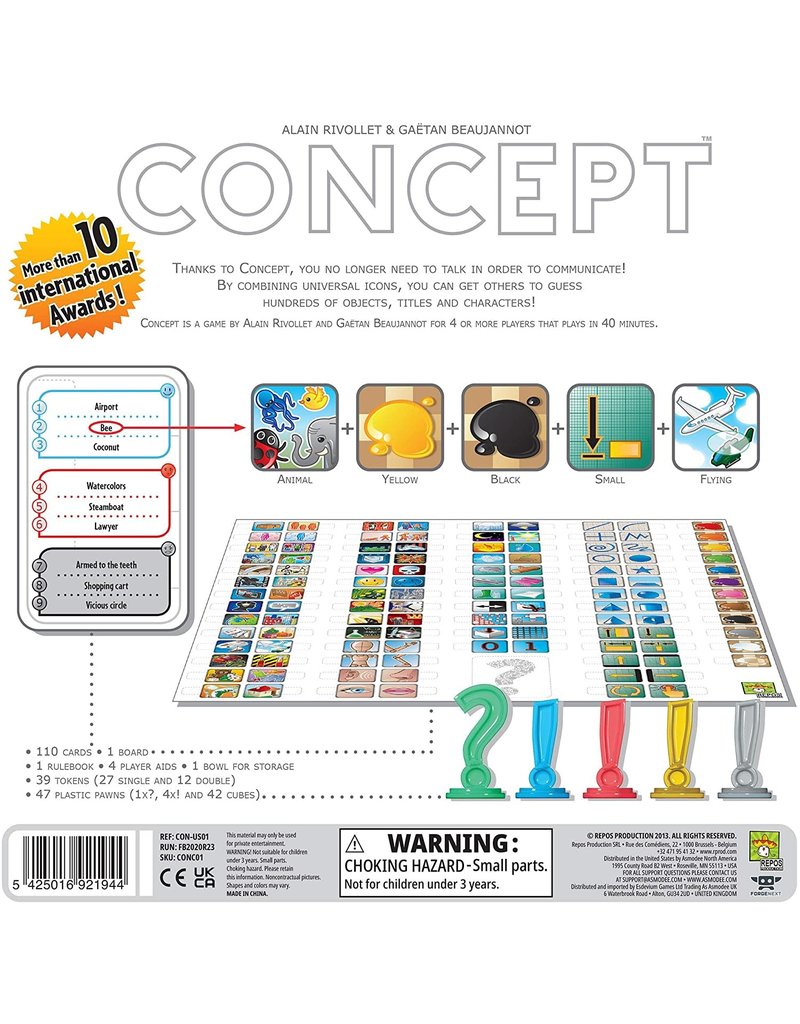 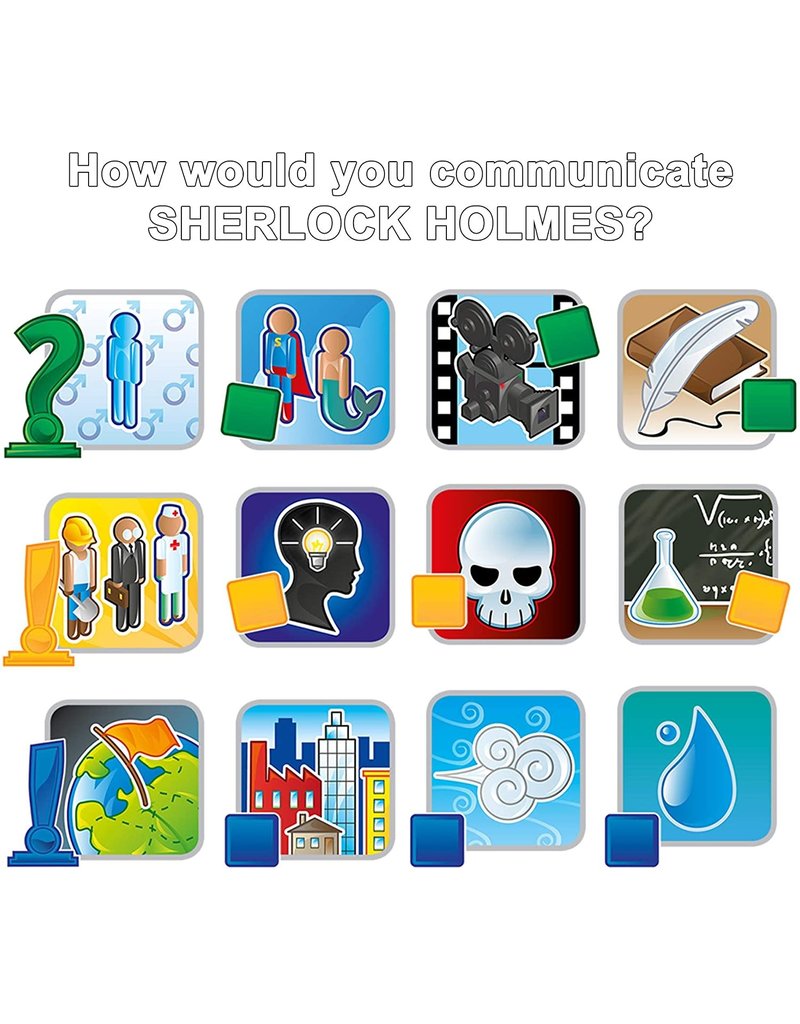 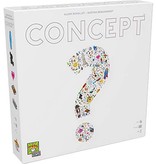 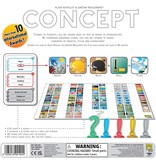 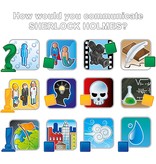 After having chosen one of the nine concepts on their card for the other players to guess, the player will use pawns and cubes to put the others on the right track. To do that, they'll place them near the icons which best represent what they're trying to make the others guess. The board offers about a hundred very intuitive icons and can help players guess things as simple as a cow, or as complex as an expression like "moving mountains."

For example, to make others guess "Bee", the player will be able to put the main pawn on the "Animal" icon, then cubes on the "Yellow", "Black", "Small", and "Flying" icons.

A point system is in place to reward those who get their words guessed and those who find them, but as specified in the rules, the fun of the game often takes over the simple keeping track of score. That's why players often would rather face the challenge to communicate without talking, rather than determining a winner.